Did you know that Healthy Visions has existed for more than 35 years? While the organization has taken many forms over the past three decades, we have always empowered youth to pursue happier, healthier, and more hopeful futures! Keep reading to learn our full history!

From the very beginning, Healthy Visions has taught self-respect, resiliency, and a belief that every student can change their story into a more positive one, regardless of their background or current circumstances. Since 1986, Healthy Visions has provided programming to dozens of schools and social service agencies in the Greater Cincinnati area and beyond, reaching nearly half a million youth and adults. While traditionally offered in settings like High School and Junior High Health Classes, our modules have also been offered in other School Settings, Hospitals, Homeless Shelters, Juvenile Detention Centers, Churches, Youth Organizations, Professional Groups, and many other venues.

Healthy Visions’ founder, Carole Adlard, has dedicated her life to helping young people make better choices and build stronger relationships. Healthy Visions, originally called “Adoption Option”, began by educating struggling pregnant teens about the possibility of adoption. Carole soon realized students had many challenges that went beyond just teen pregnancy – they dealt with bullying, self-harm, unhealthy relationships, substance abuse, suicidal thoughts, and difficult home lives. A focus group of pregnant teens eventually sparked a change in Carole, by remarking that they wished someone would have cared for them and spoken to them about their value before they got pregnant.

To rise and meet these social-emotional needs “Adoption Option” transitioned its focus to primary prevention education services. The organization was renamed Healthy Visions and highly talented youth-serving professionals were hired. These professionals saw the inherent worth of the students and were able to relate to them and empower them towards brighter futures. Today, Healthy Visions has gained a reputation of excellence by continuing to utilize evidence-based curricula that address the current needs of students, adding presentations on Social Media, Cyber-Bullying, Mental Health and Well-being, Stress, and Anger Management, and Abusive Relationships. The curricula are reviewed twice per year to remain current and Medically Accurate with up to date statistics. 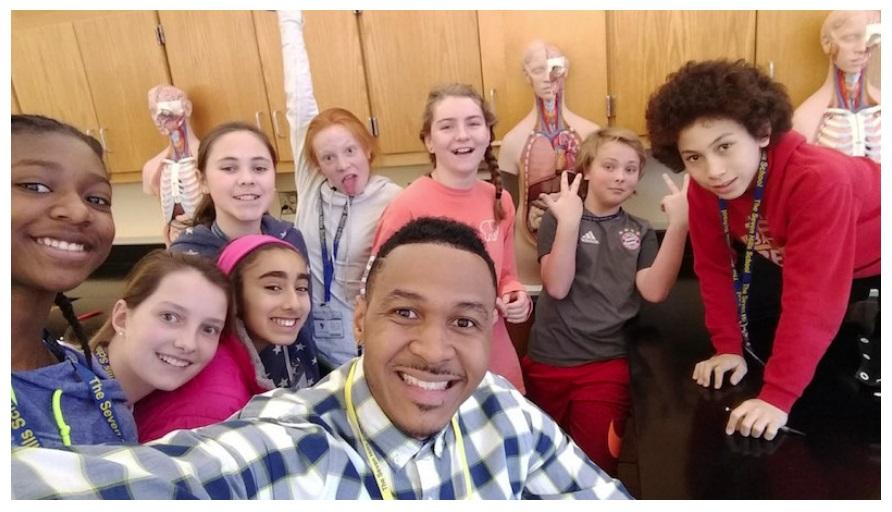 Healthy Visions has won many accolades since its inception in 1986. Some of these Accolades include: