Andrea Yang serves as Chief Counsel to the City of Cincinnati’s Greater Cincinnati Water Works, which provides treated drinking water to over 1.2 million people in Southwest Ohio and parts of Northern Kentucky. Andrea has also served as legal counsel to the City of Cincinnati on economic development transactions, community development matters, and on the purchase, lease, and sale of City real property. Her other experience includes community and regional development work for the US Agency for International Development, Cornell University Cooperative Extension, and the Peace Corps, and environmental policy development for USEPA. She graduated from the University of Cincinnati Law School and holds both a Masters of Regional Planning and a Bachelor of Arts (Biology and Society) from Cornell University.

Andrea has long been interested in children and youth and their care and development. During and after college she worked with the New York State Citizens’ Coalition for Children and CASA-NYC to advocate for children in foster care and for changes to improve the system for their care. Andrea and her partner Rainer have two children, 17 and 21, and a dog Bowdie and live in the Clifton neighborhood of Cincinnati. 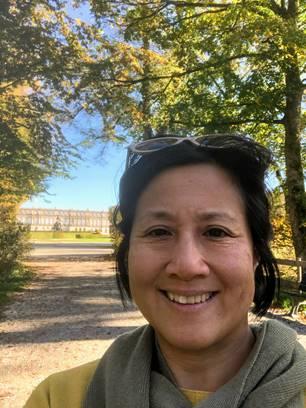 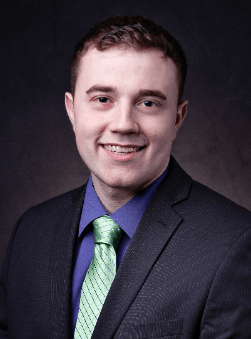 At Rudler, John works with a variety of small businesses and nonprofits in the Greater Cincinnati area. John specializes in business and individual income taxes, tax planning, consulting, and valuation. John is a Certified Public Accountant and a Certified Valuation Analyst (CVA). John leads Rudler’s business valuation niche and is now a manager within the firm. In addition to technical work, John enjoys networking and building stronger relationships with clients and referral sources.

John has been on the board of Healthy Visions since late 2019. He originally becomes connected with Healthy Visions from a Cincinnati CARES Board Match event. He also participates in the Volunteer Income Tax Assistance program (VITA), working in conjunction with Thomas More College accounting students, to provide tax preparation assistance to low income and elderly individuals.

John resides in Alexandria, Kentucky, and has been a lifelong resident of Northern Kentucky. He enjoys traveling, going to sporting events, and visiting new places in town during his free time.

Vicki Beare-Gardner joined the board in October 2017. She was born and raised in Cincinnati, graduating from North College Hill High School. She attended and graduated with a bachelor’s in Social Work from Eastern Kentucky University. While in Kentucky, she volunteered at and then became employed by, Mountain Maternal Health League in Berea. There, she served as Teen Outreach Coordinator and was one of fourteen sex education specialists serving on panels statewide. She also helped plan two statewide family planning conferences. Vicki worked as a Licensed Social Worker for 33 years (21 years as a manager) at Hamilton County Job and Family Services leading job seeking skills classes. She also was a Certified Chemical Dependency Counselor II.  She retired in 2010.

Vicki likes to travel, with her husband of 40 years, and wants to spend time in all 50 states. She has 23 so far and in Canada. She loves to play games, especially cards. She and her cousins play cut throat euchre regularly. She reads all kinds of books and the daily newspaper. She keeps life-long friends.

Vicki is committed to Healthy Visions because of the staff and the dedication they have for the kids they work with. They are the most enthusiastic, caring, happy crew she has ever seen. And their support of each other is heartwarming. 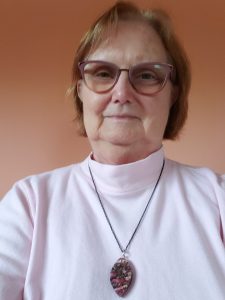 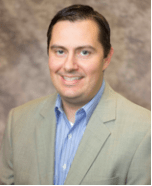 Sean Brislin is a Coordinator of Promotional Planning Management for Met and Seafood Merchandising at Kroger.

Sean began his Kroger career in 2009 at the Cincinnati Headquarters in the Corporate Brands department as a Category Strategy and Innovation Manager for various departments including Produce, Natural Foods, and Frozen Foods. In 2012 he became Senior Category Manager of Seafood Merchandising. Then in 2013 he moved to Nashville and served as Meat Merchandiser for the Division. Sean returned to Cincinnati in 2017 where he moved into his current role. Prior to working for Kroger, Sean worked for Daymon Worldwide as a Senior Account Manager, developing corporate brands for Price Chopper, Carrefour-Brazil, Fresh Brands, Schnucks, and Giant Eagle.

Sean attended Miami University in Ohio and graduated with a B.BA., Majoring in Marketing and Management.

Nancy Rogers joined the board in December of 2018. She is very impressed with the energy, dedication, and professionalism of the Healthy Visions presenters and staff and is delighted to be part of the board.

Nancy was born in the eastern Ohio hills of Noble County and graduated from Kent State University with a degree in secondary education: English and Psychology.  She and her husband,  Bruce moved to Cincinnati, Ohio in 1972 where she began a career in social work with what was then known as the Hamilton County Welfare Department, now Hamilton County Job and Family Services, working as a Licensed Social Worker primarily in employment services and management (26 yrs) during her 32-year career tenure.

Upon retirement in 2004, she became a volunteer counselor with the Eve Center, a Christian Peer Counseling Center for women.  She is currently the Coordinator as well as a facilitator thereof a Recovery Group for women who were victims of childhood sexual abuse.

Throughout her career,  Nancy has voluntarily served on numerous advisory boards for Cincinnati schools or programs including Fairview German Bilingual, Schroder, and Aiken as well as Job Corps.

Nancy and her husband, Bruce, are celebrating 50 years of marriage in September of 2020.  She enjoys traveling with her husband and friends, working out, and spending time with her two adult children and their families. She loves attending her five grandchildren’s’ school and athletic activities and is an enthusiastic fan of all they do. She also enjoys making a “joyful noise” on Sundays as a member of her church’s band.